The cognitive development of the child, according to Piaget, is conducted through the following stages: senso-motor (from birth to 2 years), pre-operational (from 2 to 7 years), then the stage of concrete operations (from 7 to 12 years) and finally, the stage of formal operations (starting from 12). It is important to emphasize that the age in which the individual stages are reported can vary to a certain extent depending on the various biological and mechanical factors so that we do not have to “blindly” go along the specified benchmarks. You probably have repeatedly thought that it is not easy to understand the child’s understanding of certain phenomena, their questions and the way they perceive themselves and the world around them. We hope that this text will bring you a little closer to children’s philosophy.

A very important characteristic of children’s thinking at the age of 2 to 7 is egocentrism. The child behaves as if everyone around them knows and sees what they perceive or know and are focused only on themselves. The child is looking at the world from their own perspective and has difficulty to recognize the existence of perspectives other than their own (TV serves to watch cartoons, it’s snowing so that I can snowball, the grass grows to prevent hurting myself when I fall). The pre-operationalized phase of child development in this period is characterized by using speech as an escort of their material activities. You must have at least witnessed the “talk” of a three-year-old that resembles more a collective monologue rather than a dialogue. This is because child speech is self-centred – it is not used for communication and actual exchange of thoughts but consists of mutual encouragement to action.

Most child psychologists believe that the awareness of their own selves is formed around the age of three, but also there are remnants of the previous confusion between me and non-me in later development, between internal and external phenomena, between the appearance of the physical and mental world. The confusion between objective and subjective usually comes to surface in children’s realism, animism, artificialism and pre-causal thinking.

Animism – Children, namely, believe that objects around them, all living and non-living nature, are endowed with feelings, thoughts and desires, just like people are. A child in their play revives many things, and some children’s spontaneous questions point to animalistic tendencies – does a plant feel pain or is the moon alive?

Artificialism – represents children’s understanding that natural phenomena and objects are a product of human activity. For example, the skies were built and painted by people, the sun is a stone on fire that someone threw into the sky, the rain comes from the fountain that was made in the sky. Children’s understanding is more logical and more accurate if it relates to the content that is known to the child or to the items they use every day (bicycle, toy, food) but try to ask the child about the universe or meteorological phenomena, you will certainly get an interesting answer. 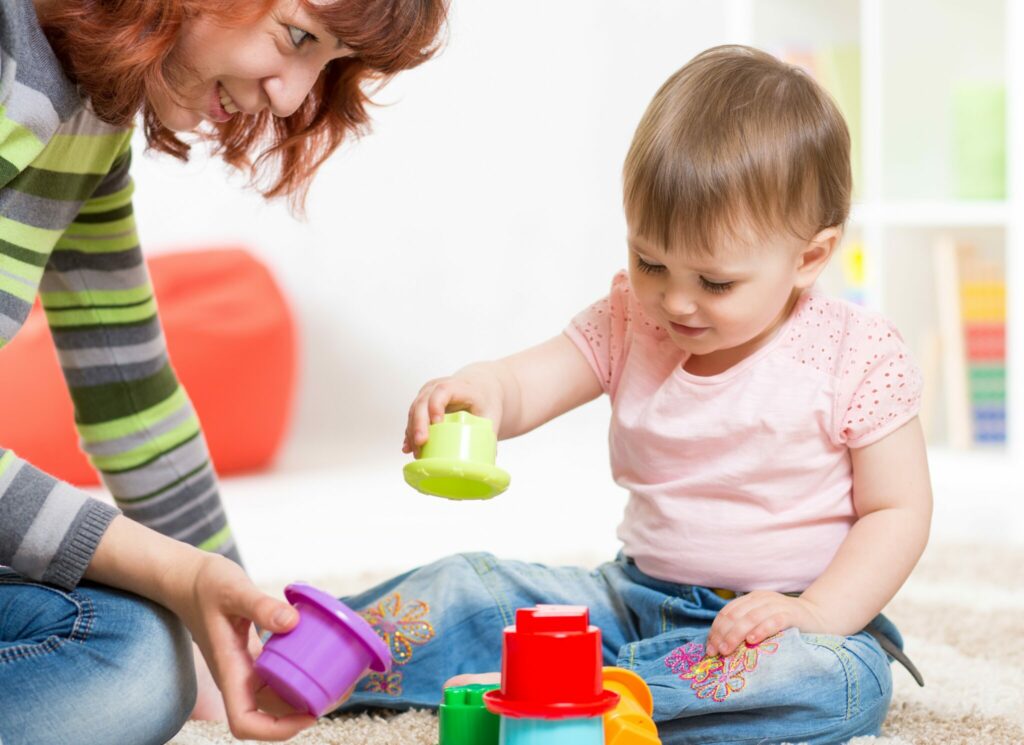 The child also believes that there is a direct cause-consequential relationship between events, which is determined by time and spatial proximity of these events. So, for example, a child thinks that the disease, their own or one of the family members, is a direct consequence, or a punishment, for their misconduct that immediately preceded the disease.

Thinking is strongly influenced by direct perceptual experience and the child does not realize that the physical characteristics of some item such as number, volume or mass, remain unchanged regardless of the change of appearance or spatial layout. In other words, the child has not yet mastered conservation operation. The child is able to classify the item, but only on the basis of one characteristic – for example, its colour, shape, or other characteristic. Children at this age can hardly realize that the whale is a mammal because it looks very much like fish, and that a bat is not a bird.

If you want to play with your children and also learn how your child thinks, we suggest the following experiments:

* Note: The experiment is intended for children aged 4-6.

Material: Two glasses (A₁ and A₂) of identical shapes and volume, one glass lower and wider than standard (B). The procedure: Glasses A₁ and A₂ are half-filled with water. Question: Do both cups have the same water to drink? Procedure 2: Water from the A₂ glass is poured into the cup B in front of the child’s eyes. The child compares the water in the cups A₁ and B.

Question 2: Do both cups (A₁ and B) have the same water to drink or one has more or less water than the other? Make sure you ask why?

Material: 10 straws and 10 coins of the same size.

Procedure: The child is given coins, and the interrogator holds the straws: “Let’s play shopping now! What you have are pennies! For every penny, you can buy one straw! Come on, give me a penny! ” Take a coin and put it on the table, and the child takes a straw and so on (10). The inquirer puts coins in order and allows the child to put their straws as they want. Question: Does it have the same number of coins here (show) as much as there are straws? And why?

Material: 2 balls of plasticine of the same colour, shape and size (A₁ and A₂).

The procedure: show two balls to the child.

Question: Do these two balls have the same amount of plasticine?

Procedure 2: The ball A₁ remains the same, the ball A₂ in front of the child’s eyes is transformed into a sausage (B).

Question 2: Does now (B) have more or less or the same amount of plasticine as here (A₁)?

And for the end, we know that you know that, but we just want to remind you that it is very important to answer children’s curious questions as much as we are in “the nick of time” and regardless of what we may have already responded to… more than once 😊